I met with the mining engineer and World War I History enthusiast, Ross Thomas in Townsville and within 10 minutes I was convinced this was a story crying out to be told. Ross knows more about The Australian Miners in WW1 than anyone in the world, and that was a damn good place to start.

When he told me about the tunnels of Hill 60 and the heroic deeds of Captain Oliver Woodward, I knew the story could only be done justice with a major Feature Film.

I was well acquainted with David Roach the screen writer from previous projects and felt he had the passion and creative flourish needed to turn Woodward's diaries into a thrilling 90 minute film script. 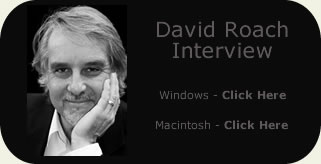 Ross had a relationship with Oliver Woodward's descendants in Melbourne, who agreed to allow us to adapt his incredible war diary. The Australian War Memorial Archives in Canberra had the original support material. Months of film research followed, to gather as much detail as possible of the miners beneath the trenches.

Next, I needed a strong director to bring it all to the screen.
I wanted to produce it for Australian and International Cinemas and TV as well as DVD audiences worldwide. But it had to be made for a budget of $6million Australian dollars. So I needed someone who could conceive ways to cut down on the need for a large cast and lots of expensive sets but keep it action-packed and claustrophobic. Then I saw Jeremy Sims' film, LAST TRAIN TO FREO, all set in a claustrophobic train carriage. 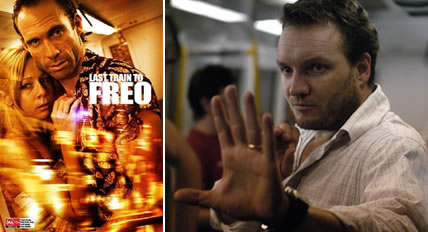 Jeremy read our treatment, met up with writer David Roach, and together they worked through months and many drafts to produce a film script, well on the way to a final masterpiece of drama, action and love lost.

We started making plans for a Shoot date of July 20th 2009. We have now had the full budget prepared by Dennis Kiely, a Production Manager of 25 years experience with feature films shot on location. The scheduling of the film was done by PJ Voeten, who has a long and glorious track record in film-scheduling for some of the world's best film directors (eg Happy Feet and Crocodile Dundee). He put together a finely tuned 6-week film schedule to be shot entirely in and around Townsville.

On my first reconnaissance trip, I found the perfect fields, just outside Townsville, where we can dig to create the trenches of WW1. 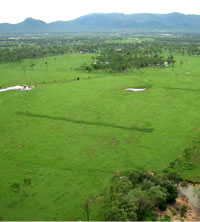 Within a large shed on an industrial site of a Townsville building entrepreneur, Brad Webb, we will build the tunnels above ground so that the camera team and the actors can work within a controlled environment. 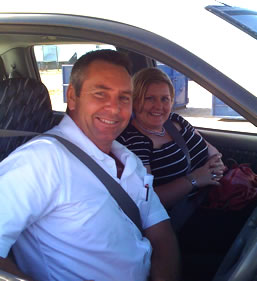 With locations chosen, a script written and a director rearing to go, we needed to find the perfect actor to take on the leading role of Oliver Woodward - a miner notable for his courage, dedication and determination. Receiving a Military Cross and two bars for his daring bravery, Officer Woodward is also a man bitten by love and. A truly Australian character, whose charisma and pragmatism was as essential in inspiring his team of tunnellers, as it will be to moving contemporary audiences. His undertaking of an unbelievable task beneath the trenches at the climax of his war experience, is a shocking twist, bringing home the harsh realities of war. 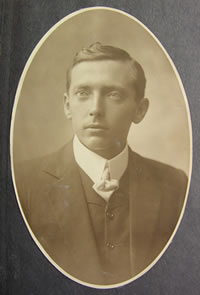 Brendan Cowell was the perfect choice. His many awards and accolades are well-earned for the immense and successful body of film, TV and stage work that has catapulted him to the A list of actors. He is destined for Hollywood status, in the footsteps of Russell Crowe and Geoffrey Rush.

Early on, star photographer Wendy McDougall took some great still photos of Cowell for us and with graphic designer, Katerina Stratos, created a first poster that is as revealing as it is potent 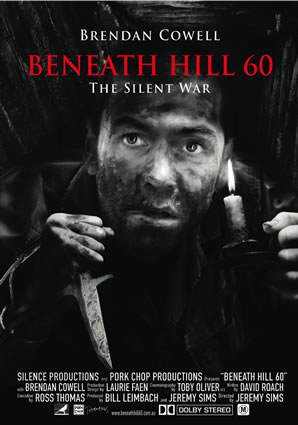 Because Woodward started his mining career at the Charters Towers School of Mines, and the Australian Miners of WW1 are so close to the hearts of Queensland, we decided to make the entire film there. Townsville played a large part in WW1 and has been an army garrison town ever since, still playing a big role in our ongoing military history. It always has been Ross Thomas' intention to leave as much of the film's props, costumes and sets to the military museum building up there today. 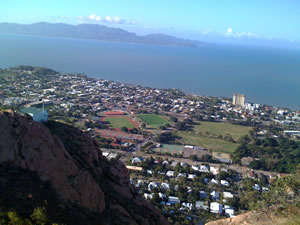 Jeremy Sims and I traveled North to Townsville from his Fox Studios office in Sydney to meet with the community and spread the word of our exciting project. Our initial presentation was to some of the city's dignitaries at the North Queensland Club where Jeremy spoke of our ideas to combine a production team from Sydney, Brisbane and Townsville, mixing local actors, extras, and tradesmen to build sets and create tunnels and trenches.

Jeremy immediately fell in love with Townsville and was soon convinced that this beautiful area and enthusiastic community were exactly the foundations needed to support our project.

Shooting the feature in Townsville would jack up the costs of transport and accommodation by up to 30%, but we hoped the community support and enthusiasm could more than balance it out. It would also bring work, money and tourism to the region. Also, from my Producer's position, it was good to see a city so recession-proof. With China as its main mining market, it wasn't going to crumble immediately. People were keen to see is happen there and many were keen to invest to make it happen.

So, Jeremy and I began to scout for Locations. Much to our delight, we found the fields on the outskirts of town perfect for the WW1 Western Front scenes and a rising ridge which is uncanny in its resemblance to the notorious 'Hill 60' upon which our movie relies.

While there, Jeremy also presented to the Artistic community at the successful Tropic Sun Playhouse in the middle the city. After an inspiring first workshop session, Jeremy had an arm-full of would-be supporting actors and actresses from Townsville and Cairns champing at the bit to be part of this new film coming to their city, and enough extras to build an army.

One month later, I returned to visit Townsville - this time accompanied by the screen-writer, David Roach, who started off our visit with another workshop, this time on screenwriting at James Cook University. It was set up by Debra Thomas from their School of Creative Arts.

The University has bent over backwards so far in their efforts to offer our Production the support we vitally need so far away from major film cities - in the form of studios, rehearsal space and even student attachments.

I went on to meet with Townsville Enterprises (TEL), from their very beginning, a group set up to help bring commerce and tourism to the city. They were very supportive in introducing us to interested parties who would like to help make the project a great success.

We engaged with commercial and non-commercial radio stations, journalists at the Townsville 'Bulletin' and had already had been a leading item on the TV's nightly news. This coverage has been integral in promoting the film and raising awareness and enthusiasm in every area for our venture.

Back in Sydney, the film was selected to be one of only seven films presented at this year's SPAAmart, presented by the Screen Producers' Association Australia (SPAA - visit www.spaa.org.au). SPAAmart is a sort of "speed dating" between local / international film distribution companies and prospective film makers.

During the conference in 2008 on the Gold Coast between November 12 - 15, Jeremy, David and I pitched to representatives from the Distribution Companies attending such as Hopscotch, Roadshow, Icon, Transmission, Disney, Palace, Jump Street, Madman, Granite, All Media, Warp, Bankside, IST, Tribeca and Film Sales Company, amongst others. We came away from the conference with a lot of interest from some very prominent distributors, with whom we are currently deliberating. 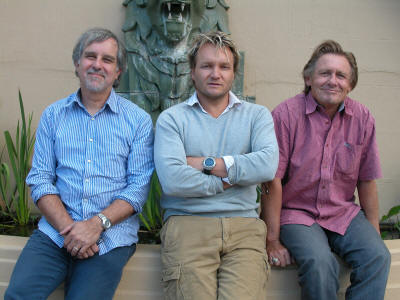 This year, the Federal Government has amalgamated three different government film bodies (the investment arm, the development arm and the archival arm) to create one large 'SCREEN AUSTRALIA'.
To draw investors into the Australian Film Industry, they have made available a rebate of up to 40% for the investors in Australian film.

Creating the proper financial strategy for the project has been an interesting process. After some deliberation and consideration of the new SCREEN AUSTRALIA incentives, we are now dividing the film into units, each at $275,000, available to professional or sophisticated investors only. We have created a strategy whereby each unit of investment will receive the rebate offered by SCREEN AUSTRALIA, plus a 100% tax deduction for their investment (over 5 years). Further information can be found on our Expression of Interest, available on the website, to sophisticated investors.
Already in Townsville alone, we are thrilled to have secured the financial interest and enthusiasm of investors - businessmen, families, miners and even one Knight of the Realm, Sir Mick Curtain. 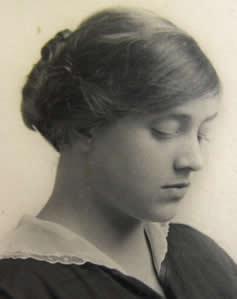 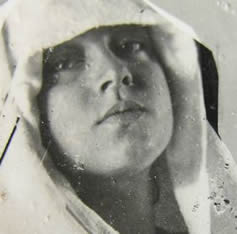 Two photos of marjorie waddell,  the love Oliver hoped to return to after the war. 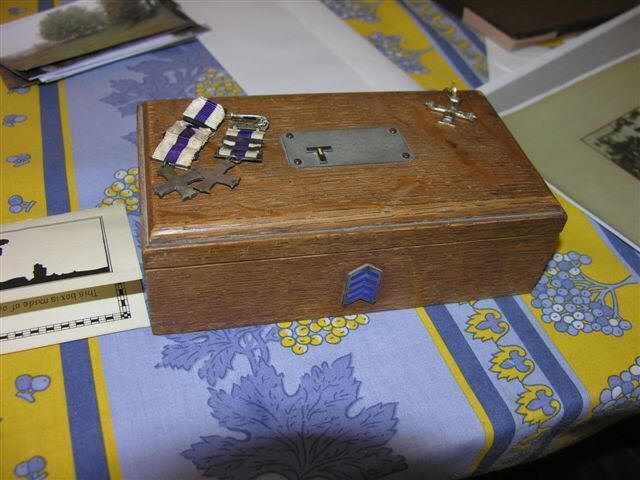 The oak box made for Oliver Woodward (OW) from shattered parts of the Ypres Cathedral that was sent to Marjorie as a memento of his time in Flanders. 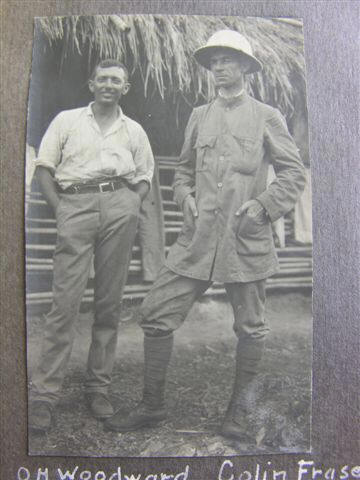 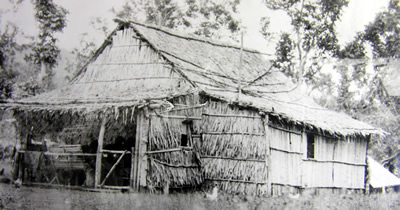 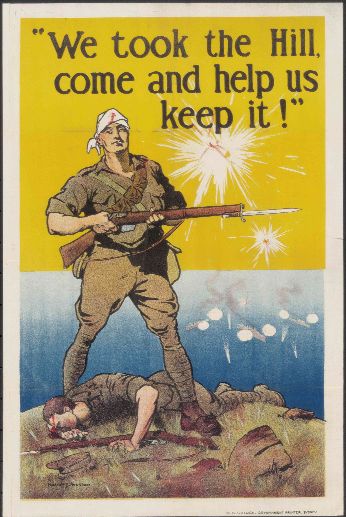